The Story Behind a Picture

Just like every picture has a story, every person has that carefree, coming of age, road trip, movie story. This picture represents one of those. 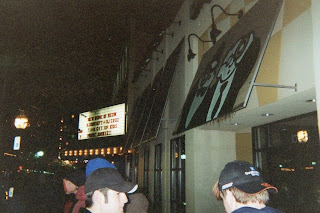 It's not often that I throw caution to the wind, but on The Get Up Kids were playing their 10th Anniversary Show in Lawrence Kansas. Not only was the show going to be recorded for an upcoming live album, but there had been rumors that the band was fighting and weren't enjoying touring anymore. Although none of us wanted to believe it, the Get Up Kids were on the verge of breaking up, and with their break up, the end of an era.
The show was completely sold out within minutes of being posted. I unfortunately wasn't lucky enough to purchase any before they sold out.
There wasn't a stub hub yet for us to scalp tickets, so our only options were blindly drive 2.5 hours and hope to scalp tickets, or not go.
Allie, Megan, and I decided we were going to try to get tickets. We were going to brave a drive we hadn't done before and go to Lawrence Kansas and see if we can scalp three tickets. It was all or none. We could end up spending $40 on two tickets and not beind able to get in because we couldn't find a third.

That week happened to be one of those epic 10" of snow, 5" of ice storms in the middle of winter, but still we pressed on.
On January 7th, 2005, we piled into Allie's Merker Scorpio, and headed west.
We got lost right around the Missouri/Kansas border because some engineers decided that Kansas City would have 23 exits within a two mile stretch. (I'm not kidding, There's an Exit 3M and an Exit 2G.) We got lost, turned into a Denny's for directions, and then couldn't get the car started again. After struggling for half and hour, the car finally started. We continued toward Lawrence... to find a toll road.
Luckily, we only had to drive on the toll road for a mile or so, and didn't occur any real toll.
We showed up outside of the Granada Theater with $30 a piece, two hours before the show, and immediately started pressing the line for tickets. Allie quickly scored one. We had found another, but the seller was reluctant to sell just yet. Just in case their friend showed up.
The line started lacking any fresh faces. There was no one new to ask for tickets. Doors were in twenty minutes and we were still two tickets down and we were getting desperate.
I went back to the reluctant potential seller, and she decided that her friend wasn't going to come anymore and sold the ticket to me for $10. We started offereing $30-40 for a ticket. People were ignoring our eyes. I now knew how it felt to be one of those people at the mall trying to get people to take surveys.
There's something I've noticed more about Get Up Kids fans more than any other fan on the planet. They are all excited and extremely loving when it comes to their music. As one of the most beautiful displays of Get Up Kid-ness, a girl came up to Allie and Megan as people were filling into the doors, and gave them a ticket for free. We tried to shove money into her hands, but she just wouldn't take it. 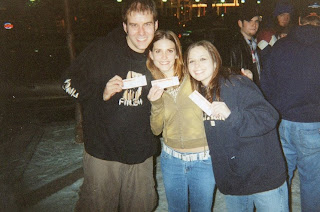 Success!
And there's only one more picture that sums the day up perfectly. 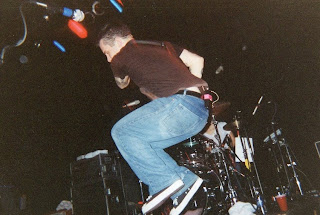 We were front row, staring into the eyes (and sometimes butt) or Matt Pryor, lead singer of the Get Up Kids.
Posted by Djs9pd at 11:02 AM No comments:

Life Slowing Down for a Picture

Every picture has a story behind it.

Even the most shortest, most insignificant story is still a story. It's absolutely impossible for a picture to not have a story.
Even though most hate taking them, pictures are invaluable. Life does slow down for a picture. It's like creating a shortcut to a memory. You might not actively be able to recall a story until you see the picture that jolts electricity through you brain. 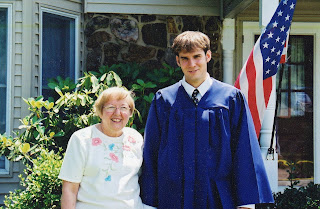 Like this picture for instance. At first glance, this is a nice posed picture of me and grandma on my high-school graduation day. But this picture tells so much more.
This picture tells of a time when I still had limited responsibility. I was living a quiet, and at the time, boring white suburban life. Hell, there's even an American flag waving in the background. Doesn't get much more 1950s than that.
This is literally one of the last pictures of me before I was fully thrusted into the adult world. (This might even be one of the last pictures of me with hair.) Had you of asked me then what I thought about life, I probably would've complained. "No one understands me, I hate St. Charles, I want to burn Missouri to the ground, I'm going inside to play Playstation!"
If you ask me now what I think of this picture, the first thing that comes to mind is a blanket. A nice, comfortable place for me to live. A magical piece of fabric that protects me from monsters, keeps me warm, and can be used as a fort. That's how I look back on life then.
And the craziest thing is, hundreds of years from now, someone is going to be staring at their future hologram screen at this picture thinking, "Life was rough back then."
If only they knew...
Posted by Djs9pd at 7:27 PM No comments:

Leave the Safety of your Heat

The ice crunching beneath his feet is confirmation of his existence. He unplugged from the up to the minute notifications, emails, and that bank account flashing a number much lower than what it should be.

Only an hour before, the world felt like it was pushing down on his chest. It felt like everything was working against him and his wife. He left that all back in the house. In the safety of the heat. Tonight, he goes into the frozen world, away from all of that.

The street lights shine on the ice, glaring off foot prints created during the busiest moments of the day. But tonight, the world belongs to him. Tonight, he walks alone and decides to take the long way around.

He reflects on his problems. Somehow today, a demon was inside his body. He and his wife were looking for people to blame for every new obstacle that came up. It was so bad at one point that Steve Jobs was blamed.

Tonight, he doesn't need anyone to blame. Tonight, those problems are gone. He looks around. It's beautiful. He doesn't want the spring to come. He doesn't want everyone else to reclaim the world. But for tonight he thinks, "It's a great time to be alive." 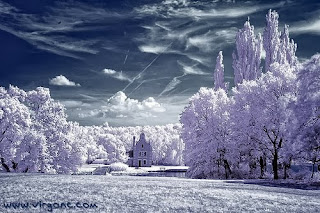 There's a science to making a play-list for any situation. You have to be able to feel the emotion you're trying to emphasize. My playlist I simply called "winter" takes songs that are quiet and serene. Something that doesn't spoil the peace of a winter night. They tread the line of being depressing, but tug on the right positive heart strings to uplift you.

The Winter Playlist:(I tried to link each song to a You Tube video)
The Smashing Pumpkins - Thirty-Three
The Smashing Pumpkins - Rhinocerous
Weezer - Only in Dreams
Jimmy Eat World - Table for Glasses
Jimmy Eat World - A Sunday
Flogging Molly - The Story So Far
A Perfect Circle - Sleeping Beauty
A Perfect Circle - The Nurse Who Loved Me
Plain White T's - Hey There Delilah
Pete Yorn - All At Once
The Killers - Everything Will Be Alright
Wilco - Misunderstood
Sufjan Stevens - Chicago
Silverchair - Miss You Love
Death Cab for Cutie - Passenger Seat
R.E.M. - Nightswimming
Red Hot Chili Peppers - Porcelain
Radiohead - Exit Music (For a Film)
The Postal Service - Recycled Air
The Postal Service - The District Sleeps Alone Tonight
The New Amsterdams - Watch the World Cave In
Manchester Orchestra - Colly Strings
Elliot Smith - Needles in the Hay
Posted by Djs9pd at 10:17 PM No comments:

Those Dreams I Said I Didn't Have...

Yeah I had one. Remember when I said that virtually half my family gets these realistic psychic messages and I've always missed out. Well, I had one last night.
I was at my Grandma's house tearing apart some shelves in the basement. It was weird because my Grandpa was there, but no one seemed to think it was strange.
He was sitting at the kitchen table eating ham and mustard sandwiches. That detail is from real life. I have a vivid memory of helping him construct the very shelves I was tearing apart and on our lunch break we were served ham and mustard sandwiches. It was a weird combo I would've never put together on my own, but it was delicious and I remember it was my go-to lunch meat sandwich for the next many years.
At one point he flagged me over and told me I needed to follow him, he had something important to show me.
I followed him out onto my grandma's deck. He sort of bounced up and down in the back corner of the deck and the wood bowed, and whined, and bounced. He said, "This is dangerous. Make sure no one comes back here until it gets fixed." I told him I would.
Then the weirdest part is, he said, "I didn't die how you think I did." He wouldn't elaborate. Just kept saying it over and over again.
I called my mom today and told her. I had always believed my grandpa died of a heart attack, but she told me one of the possibilities was that he had an aneurysm but no one knew for sure. This was the first time that I had ever heard that theory.
Posted by Djs9pd at 4:35 PM No comments: